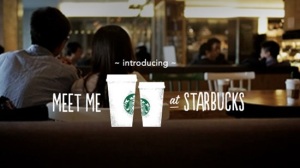 Leaving away the typical Starbucks Coffee’s advertising campaigns that only showed pictures of their products (coffee latte, cappuccino, etc), now the american retailer surprises us with an interactive video “Meet me at Starbucks” on YouTube, where consumers (around the world) are the protagonists of this new campaign.

This was a huge and challenging project because the video mini-documentary was filmed in 59 different stores in 28 countries (for example cities such as London, New York, Buenos Aires, Mexico, Taipei, Mumbai, Vienna, Madrid) during one day.

Also, 39 local film-makers and 10 photographers were involved in the project that recorded 220 hours of footage. The creative agency 72andSunny was responsible for this campaign. You can watch this video here: Meet me at Starbucks.

Starbucks Coffee is a well positioned brand worldwide and taking advantage of this position, the retailer decided to make something new and different with the aim of engaging and connecting with people by appealing to their emotions and feelings. At the same time, it wanted to show a human side of the brand.

To achieve these goals, the coffee shop decided to use the power of social networks to create an emotional video released on YouTube, where the protagonists are the same customers with its stories and experiences.

According to Leeflang et al.,(2014) “advocates of social media see it as a way to create value-added content for customers…also be a way to connect more strongly with customers and to engage them in the value creation”.

“The use of social media also creates a tremendous increase in customer insights, including how consumers are interacting with each other and the products and services they consume”. Leeflang et al.,(2014).

Using this important customer information, Starbucks launched its First Global Brand Campaign creating an interactive video that was made with real customers, situations and facts, people from different countries, languages and cultures who feel comfortable and happy drinking a coffee in Starbucks.

“We live in stories. We breathe stories. Most of our best conversations are about stories…Stories are about particular humans, no substitutions allowed…Stories are told in a human voice”. Levine, R et al. (2000).

What kind of situations happen in a coffee shop? “Meet me at Starbucks” launched in YouTube tells the real stories of people who meet in the coffee shop, couples in love, business meetings, teenage friends playing music, elderly people and more different situations.

Moreover, the retailer is encouraging its customers to post their own pictures and stories on the  Instagram of the coffee shop with the hashtag #HowWeMet. Also, there is a plan to use the social networks Twitter and Tumblr for the same purpose.

This campaign is a good example of using the content marketing and user- generated content to engage people with the brand in order to improve the customer experience and perception about it. Furthermore, making relationships, creating experiences around the brand and interaction with the customers.

“Not conversing, participating, is not an option. If we don’t engage people inside and outside our organisation in conversation, someone else will. Start talking”. Levine, R et al. (2000).

In conclusion, the american brand reinforces the idea that “only good things happen in Starbucks Coffee” and you can share and make memories with your friends of these unforgettable moments. For that reason is the slogan: “Meet me at Starbucks”.

What do you think of this new campaign? Do you think it will be successful and achieve its objectives? Please share your opinion about this innovative campaign.

Levine, R et al. (2000) The Cluetrain Manifesto: The end of business as usual. 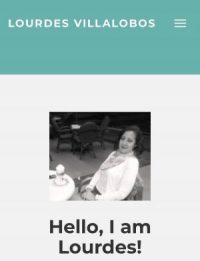 it is about living healthily for a reasonable price.

Take an adventure with me as I learn about the world of digital marketing.

Delicately curated ideas to inspire you.

memoirs of a struggling marketing student

The Truth and Realities of E-Learning

Explore the world with me!

A travel and lifestyle blog

TAKING ON THE BIG CITY

Playing in the World Game

DOES SHE EVEN BLOG?